I’ve designed a couple of stickers to get the word out a bit about the film.

I haven’t decided which design I will print but I hope to have it ready for the Paris Tattoo Convention next month. Hopefully I’ll have them available at the Frith Street booth. I may do flyers based on this design too.

Beau Brady was in town for the Brighton Tattoo Convention last weekend. We were chatting about the film and he joked that I could have him parody the classic Atlas pose. It was a funny conversation and I thought it was a great idea.
The day before Beau flew back home we did a quick photo shoot. He spent the best part of a whole day “getting vascular” by eating chocolate, drinking milk and protein shakes, lifting heavy things and doing push-ups.

He gets posture advice from Jordan during training and the shoot:

We tried to find gold briefs but alas, shiny black leatherette was all we could find at short notice.

Shane and Nicholas hold the backdrop while Jordan and Chad watch from the sidelines.

“Which way is the beach?” 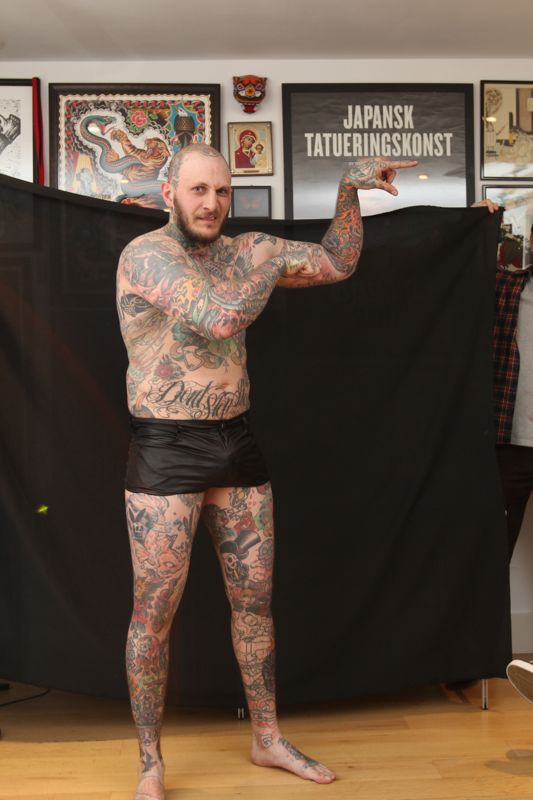 While taking posture advice from Jordan and art direction from me, Beau’s expression is “Are you fucking serious?“ 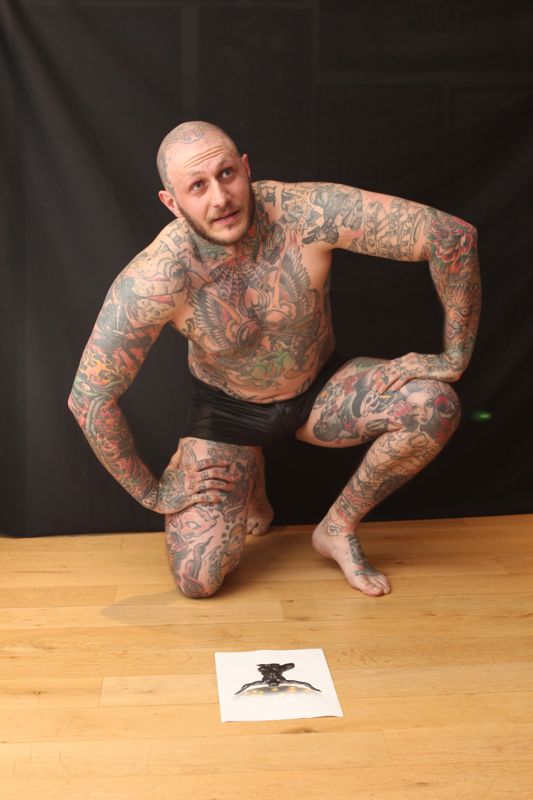